Two members of the traffic police were out in the countryside with a radar gun recently, happily engaged in apprehending speeding motorists, when their equipment suddenly locked-up completely with an unexpected reading of well over 300 mph.

The mystery was explained seconds later as a low flying Tornado hurtled over their heads.

The boys in blue, upset at the damage to their radar gun, put in a complaint to the RAF, but were somewhat chastened when the RAF pointed out that the damage might well have been more severe.

The Tornado’s target-seeker had locked on to the ‘enemy’ radar and triggered an automatic retaliatory air-to-surface missile attack. 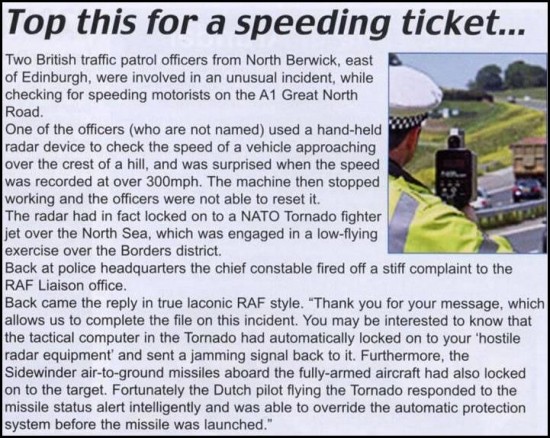