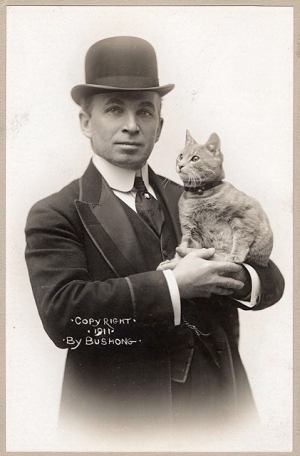 In 1910 airman Walter Wellman and five companions attempted to cross the Atlantic Ocean in the airship America. He was also accompanied by his cat Kiddo. Unfortunately once they were underway Kiddo decided he was not so fond of flying and started causing trouble by meowing, crying and running around ‘like a squirrel in a cage.’ The airship America was the first aircraft to be carry radio equipment and the first engineer, Melvin Vaniman, was so annoyed by the antics of Kiddo that he was moved to make the first in-flight radio transmission to a secretary back on land.

The historic first message read:, “Roy, come and get this goddam cat!”

A plan was formed to lower the cat in a canvas bag to motorboat beneath the airship. An attempt was made, but failed because the seas were too rough for the boat to catch the bag, so it was pulled back up again and Kiddo was forced to continue the journey. Luckily Kiddo became more comfortable and settled down to become an excellent flying companion. Navigator Murray Simon wrote that he was ‘more useful than any barometer.’ And that ‘You must never cross the Atlantic in an airship without a cat.’ He slept comfortably in a lifeboat and seemed to only become agitated when he sensed there was weather trouble ahead.

Unfortunately the weather and other problems forced the crew to give up on the crossing before it was complete. They were forced to ditch the airship and all take to the lifeboat. The crew, including Kiddo, were later rescued by the steamship RMS Trent. Simon reminded the crew that it had been a good idea to bring a cat, as they have nine lives!

Upon their return to New York Kiddo achieved celebrity status in a display in Gimbels Department store in a guilded cage with soft cushions.

The airship America, although failing to complete the Atlantic crossing, had set several new records by staying aloft for almost 72 hours and traveling over 1000 miles.

Kiddo retired from aviation to live with Walter Wellman’s daughter. 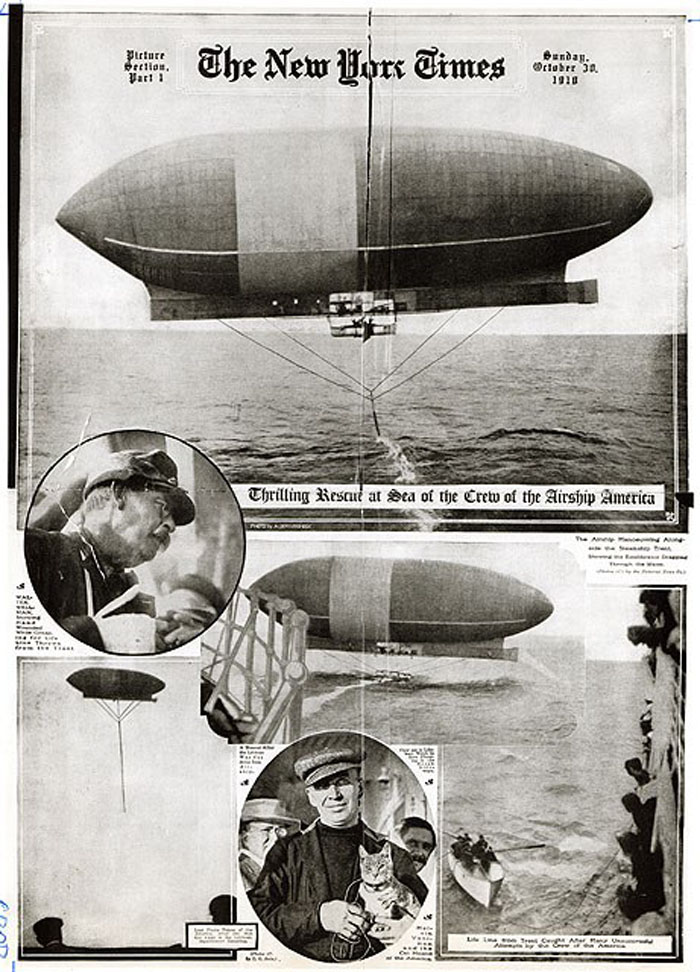