Desperation is the mother of invention. The Second World War was one of the greatest periods in history for the development of aviation technologies, no matter how strange that sounds. 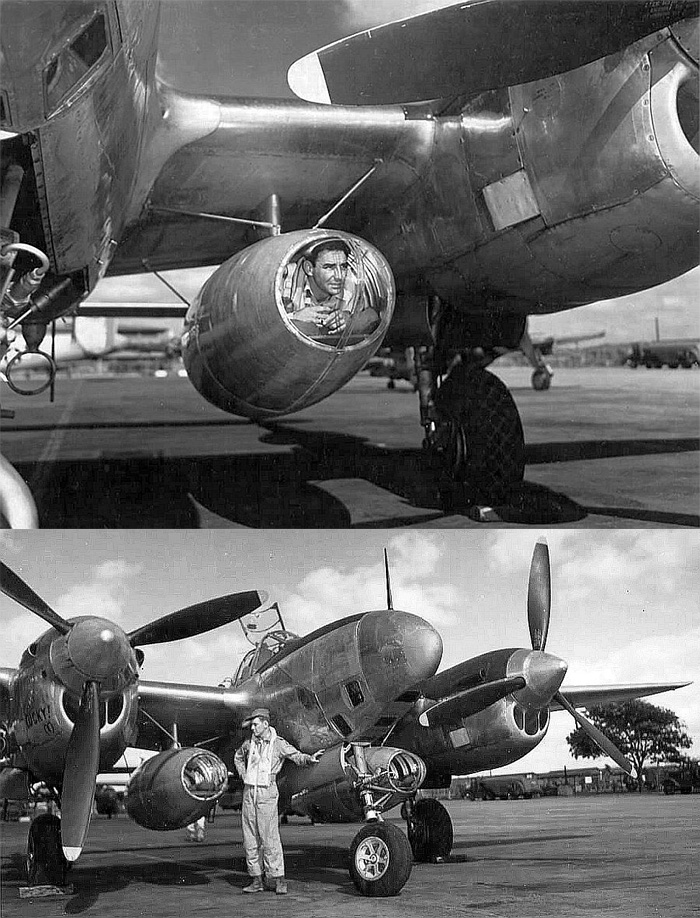 The Exint pod was a design for a man-carrying, under-wing pod capable of being fitted to the underwing weapons pylons on military fast-jets and military helicopters. The concept dates back to World War 2 when “body-bags” or wing-mounted enclosures were tested on British Spitfires as well as Stuka dive bombers and ME 109 fighters. Tests were conducted even in the U.S.

Two-man high-speed air ambulance,that was a pair of man-pods slung beneath the wings of a Lockheed P-38 F5 recce aircraft, was tested during the Second World War. While the idea looks like fun, think of the chances for the poor casualties in the event of a gear-up forced landing, an attack from an enemy fighter, or prolonged flight above 10,000 feet. However, the idea would be a terrific amusement park ride.

Among more contemporary aircraft, it has been suggested that the Sukhoi Su-25 Frogfoot is capable of carrying underwing pods to self-deploy, which can also carry a crew member if necessary. More recently, in 2009 four UK Royal Marines rode on the weapon-carrying stub wings of two Boeing AH-64 Apache helicopters to rescue a fellow wounded soldier during an operation in Helmand province, Afghanistan. What appear to be US Marines have also been photographed strapped to weapons bay doors on Marine Bell AH-1 Cobra attack helicopters, also in Afghanistan. This extraction and insertion technique is understood to be one of several practised by Marine Cobra pilots.