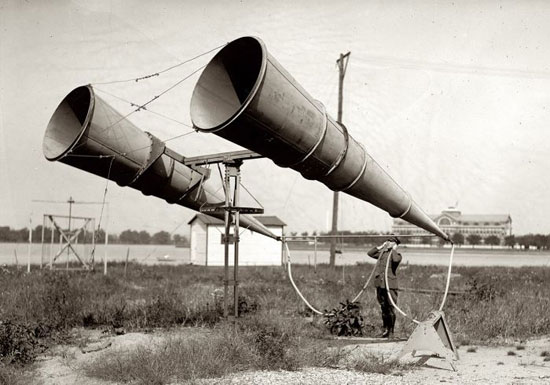 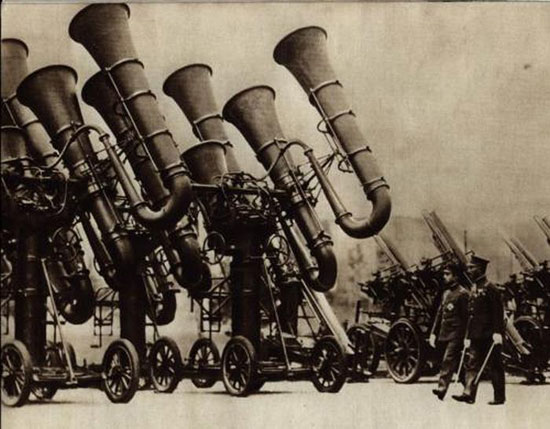 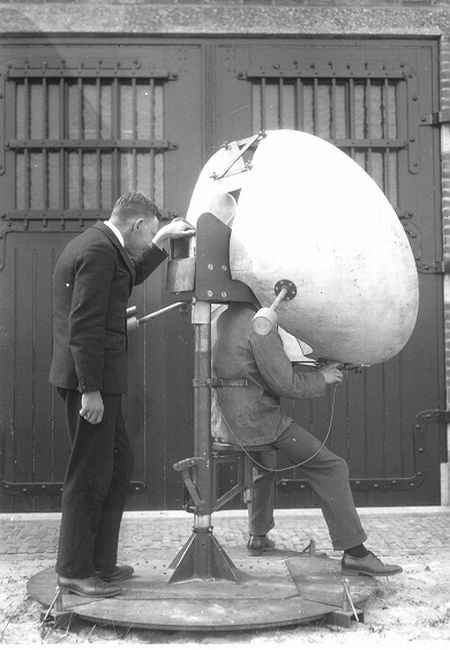 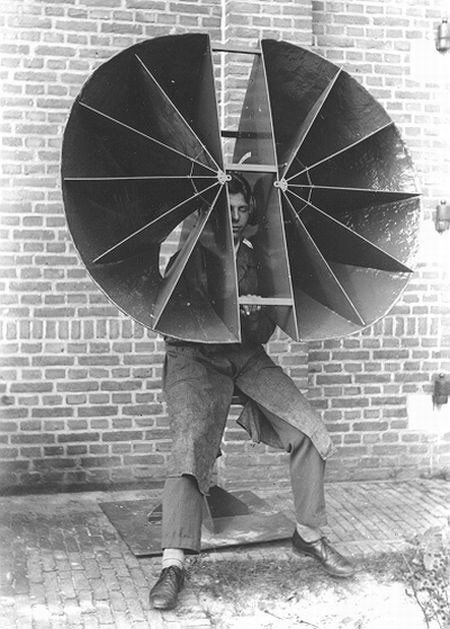 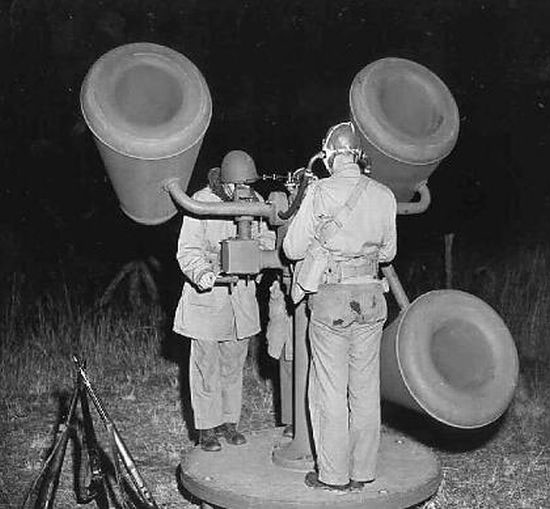 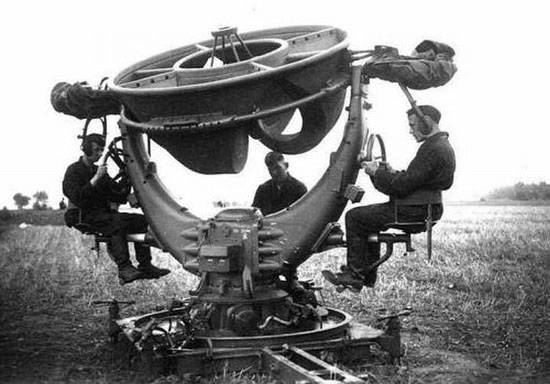 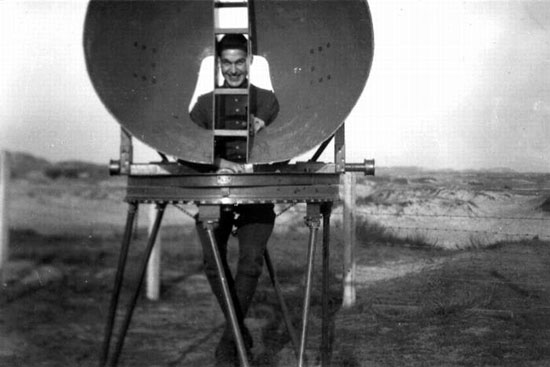 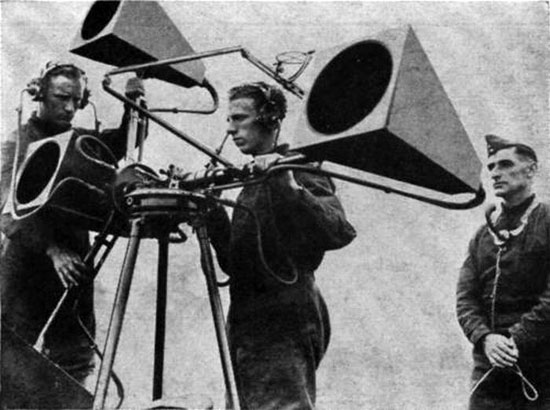 Some of this stuff was misleading propaganda to conceal the magnetron, that essential component in your microwave oven.

The website these pics come from, as well as many other strange technologies, can be found at: http://douglas-self.com/MUSEUM/COMMS/ear/ear.htm

@Jane Cooper: Some of it, yes. However, acoustic location of aircraft was used in WW1, and was still used in WW2 in the early years and by countries that did not have radar yet. The second picture is from Japan and the man on the right is actually emperor Hirohito.

Tell you what, the F-117 shot down in Yugoslavia was detected and tracked by a sound locator network, which informed the crew of the anti air missile launcher’s crew about its exact location and heading, so they could shoot it down. No matter how dumb it looks, if it works 😉