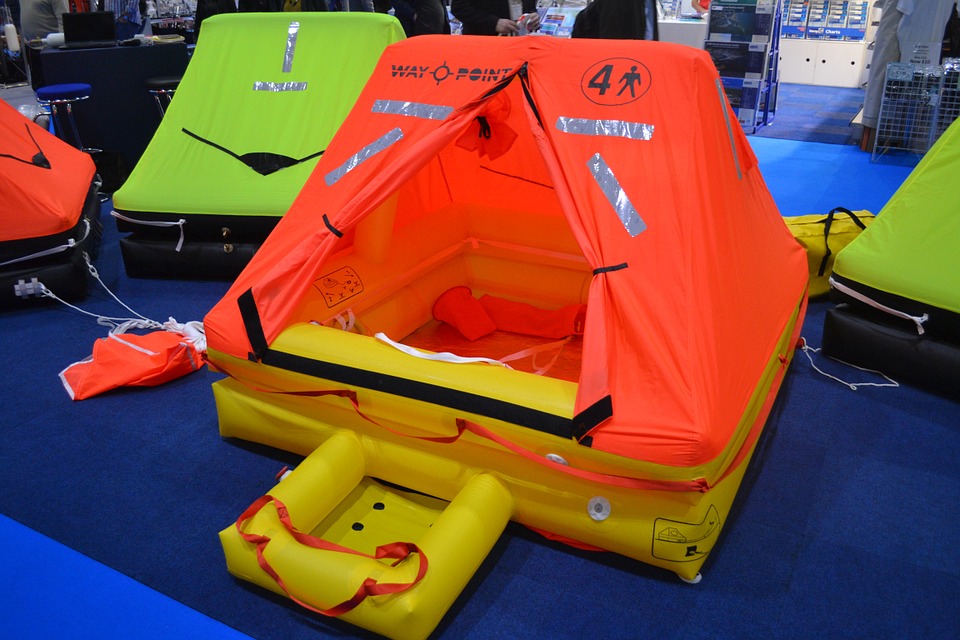 From a list of idiots of the year:
Number Two Idiot of 2008
Early this year, some Boeing employees on the airfield decided to steal a life raft from one of the 747s. They were successful in getting it out of the plane and home. Shortly after they took it for a float on the river, they noticed a Coast Guard helicopter coming toward them.

It turned out that the chopper was homing in on the emergency locater beacon that was activated when the raft was inflated.
They are no longer employed at Boeing.
Here’s your sign, guys. Don’t get it wet; the paint might run.

Who is number one?